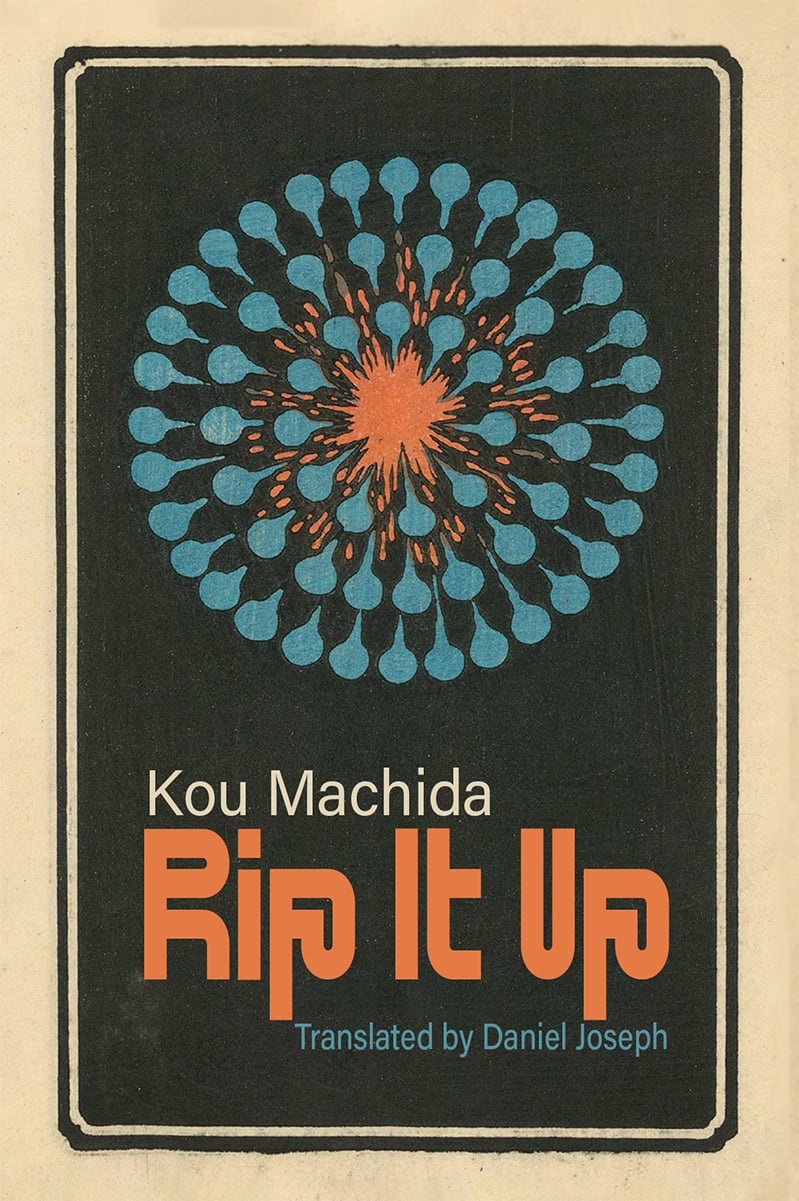 Rip It Up by Kou Machida

Rip It Up is an artistic achievement, both as a novel and as a work of translation

“Rip It Up” opens the door to a more avant-garde, experimental kind of literature that is an important part of the literary landscape

Kou Machida mixes modern slang with ancient words, onomatopoeia, and neologisms in an explosive rhythm no one else can match, every word perfectly placed within this glorious mishmash.

- Hiroko Oyamada, author of the The Factory and The Hole

Winner of the 2000 Akutagawa Prize for Fiction

Rip It Up is the first ever English translation of Kou Machida's award-winning novel, an undertaking over five years in the making and the inaugural title of Inpatient Press's new translation imprint Mercurial Editions.

Set in a kaleidoscopic hyperreal Japan circa Y2K, Rip It Up catalogues the misdeeds and misgivings of a down-and-out wannabe debonair who ekes out a meager living at the fringes of the art world, wracked by jealousy at his friend's success and despondency of his own creative (and moral) bankruptcy. In turn hilarious and also horrifying, Machida's pyrotechnic prose plumbs the discursive depths of the creative spirit, a head-spinning survey of degeneration and self-sabotage.

Kou Machida is a punk singer, actor, and author, who turned to poetry and fiction after releasing one of the seminal Japanese punk albums with his band INU, 1981’s Meshi kuuna! (Fuck Eating!). He has won the Akutagawa and Tanizaki prizes among many others, and his 2005 novel Kokuhaku (Confession) was named one of the three best books of the last thirty years by the Asahi Newspaper.

Daniel Joseph is a translator, editor, and musician who spent his salad days shouting in dank basements before getting a master’s degree in medieval Japanese literature. Recent translation projects include contributions to Terminal Boredom (Verso, 2021), a collection of stories by science fiction pioneer Izumi Suzuki; and the memoir Try Saying You’re Alive! (Blank Forms, 2021) by outsider folk maniac Kazuki Tomokawa.