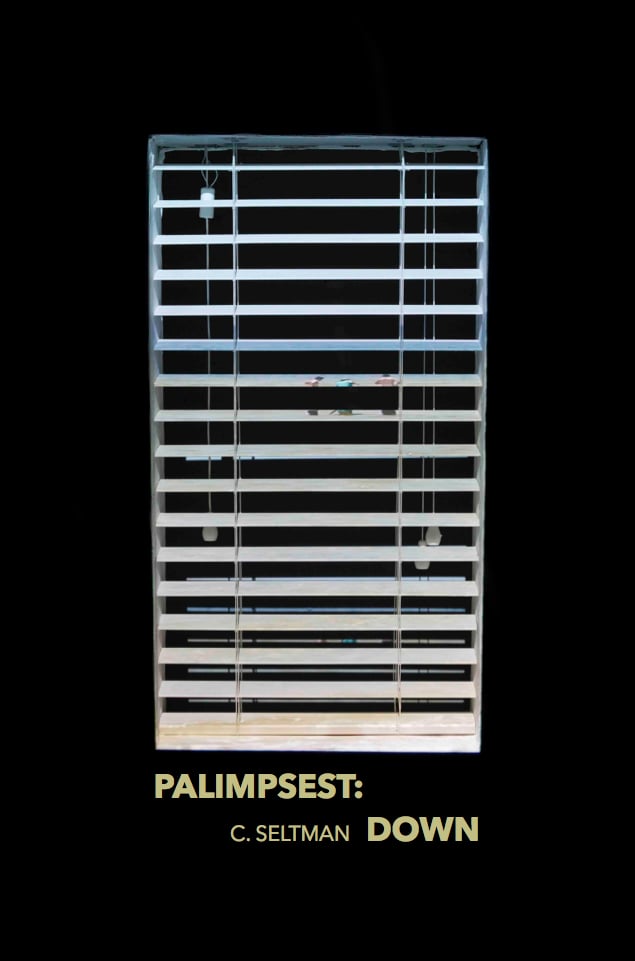 PALIMPSEST: DOWN by C. Seltman

Inventive and vexing, Palimpsest: Down is a filmstrip made of papyrus. The vivid snatches of disquietude in these six poems fuse recollection and reconstruction, narration and subversion. Paths dissent and converge in C. Seltman's unwinding of the familial, the nostalgic, and the transcendent.

“C. Seltman drags the tradition of women Steinians (both Wittgen and Gertrude) into 2014, kicking and screaming. She leads us to domestic closure that sneakily dissipates into a bevy of jagged epistemological quick-changes that burn at both ends, leaving its contemporary reader charred.” ~ Felix Bernstein