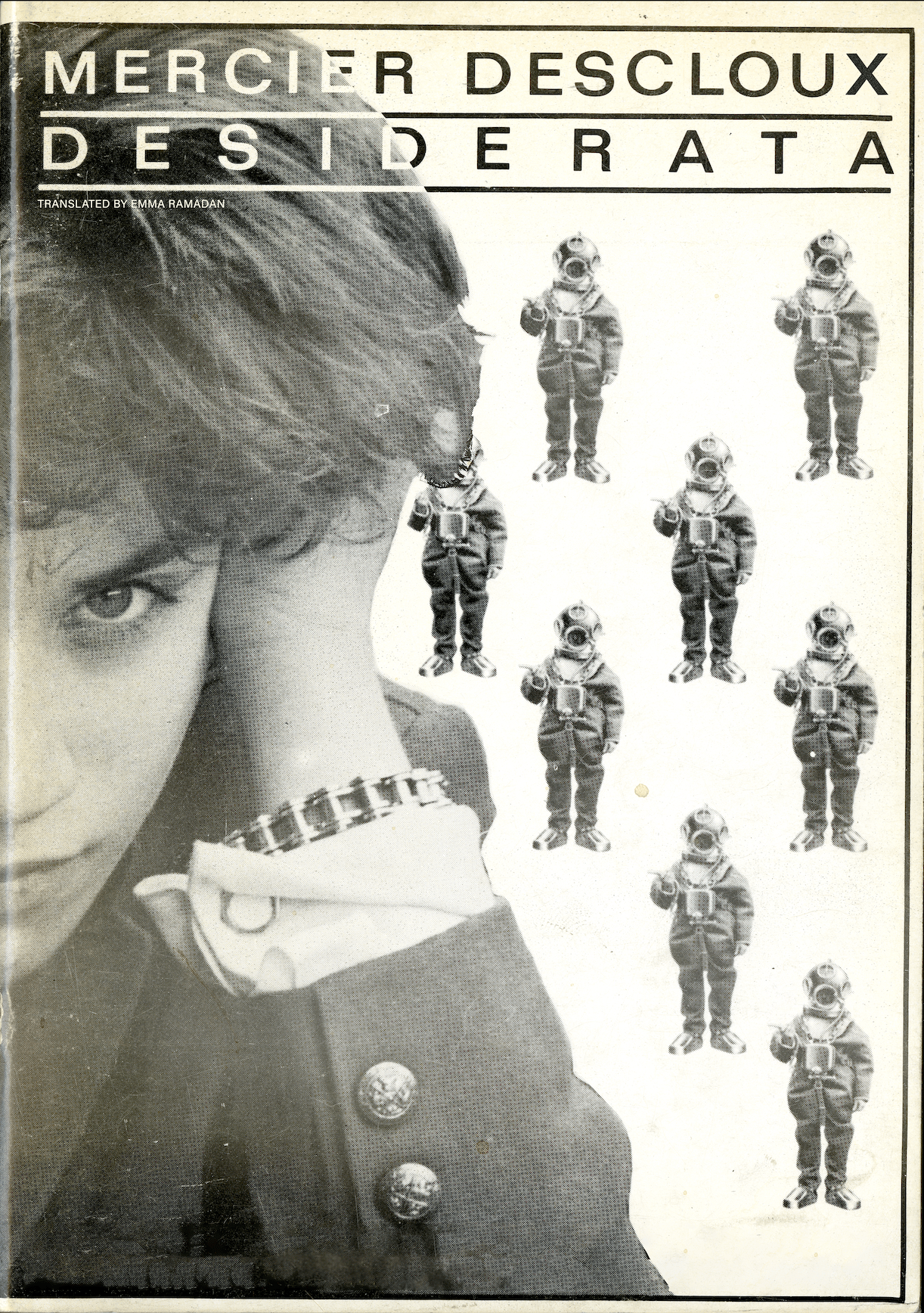 Desiderata is a collection of Lizzy Mercier Descloux's poetry, photos, and diaristic fragments from her visit to New York City in the winter of 1977. Only eighteen at the time, Descloux fell into the orbits of the nascent No Wave scene festering in Lower Manhattan, where she befriended Richard Hell, Patti Smith, and ZE Records founder Michel Esteban. Desiderata charts the musician's early ambitions as a writer, revealing a potent poetic voice that careens from acid-tinged social observations to outright Dadaist semantic revelry, interspersed with collages and hand-written notes. Originally composed entirely in French, this is the first time these works have ever appeared in English and this edition includes the original French facsimile bound tête-bêche with the new English translation.

Martine-Elisabeth "Lizzy" Mercier Descloux (16 December 1956 – 20 April 2004) was a French musician, singer-songwriter, composer, actress, writer and painter. She collaborated with a wide range of musicians including Wally Badarou and Chet Baker.

Emma Ramadan was initiated into the mystery of Bastet at the age of thirteen and rose to the station of High Scioness. After leaving the temple she hopped freight across the Maghreb, where she began translating esoterica carved into the boxcar walls. She has independently discovered numerous uncatalogued cave systems and varietals of nightshade tea. Her name appears on the underside of stones and in various magazines whose pages seem to turn on their own.