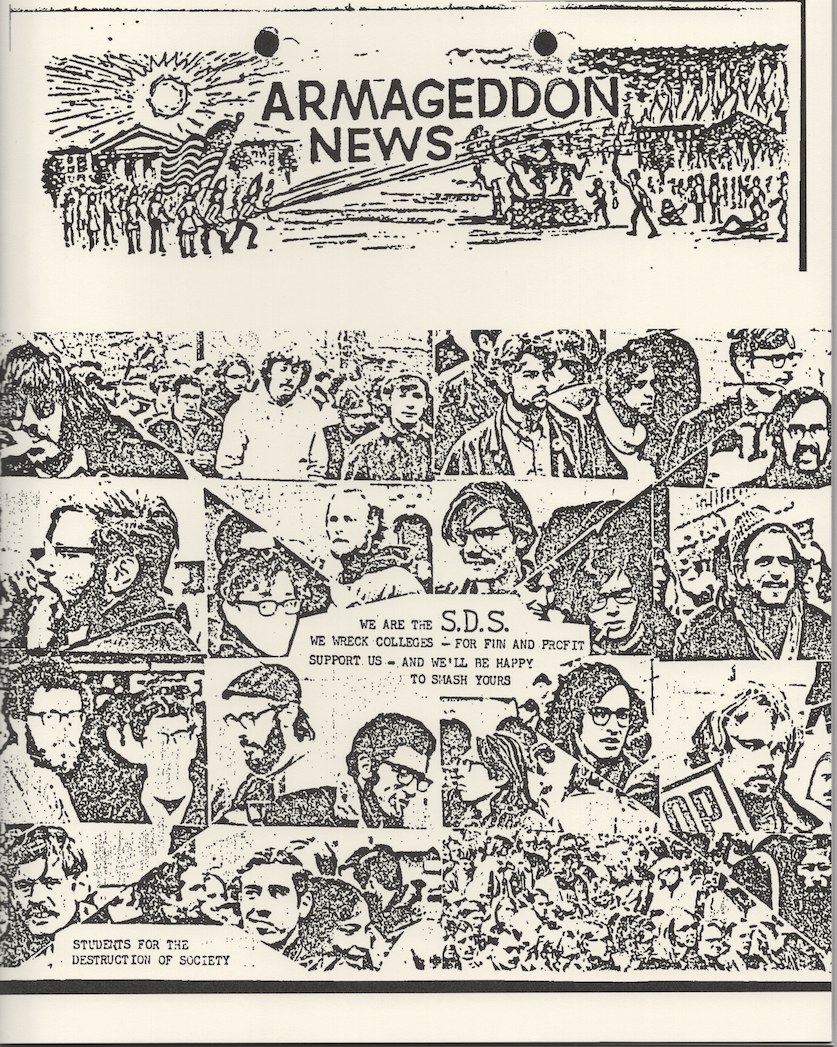 ARMAGEDDON NEWS is a collection of “underground newspaper” materials that were conceived, financed, or supported by the Federal Bureau of Investigation as part of their Counter-Intelligence Program against “domestic subversives” on campus. From 1967-onwards the FBI created and funded numerous campus zines and other printed matter in order to discredit the growing student movements against the Vietnam War as well as demonize the Bureau’s ideological opponents.

The items inside range from simple campus news bulletins with dire warnings of discord and anarchy by “concerned students” to bizarre children’s books as well as a plan to intimidate New Left figures by mailing them “menacing mystical material”. The actual impact of these materials are debatable, given their obscurity and disregard upon dispersal. But what is perhaps most chilling is the sheer amount of money, resources, and time spent by the Federal government in creating these zines and plotting harebrained schemes as part of their pathological quest to destroy the Left in America by any means necessary, no matter how absurd: an effort that no doubt continues to this day with armies of trolls and weaponized memes rather than mimeographs and paste.