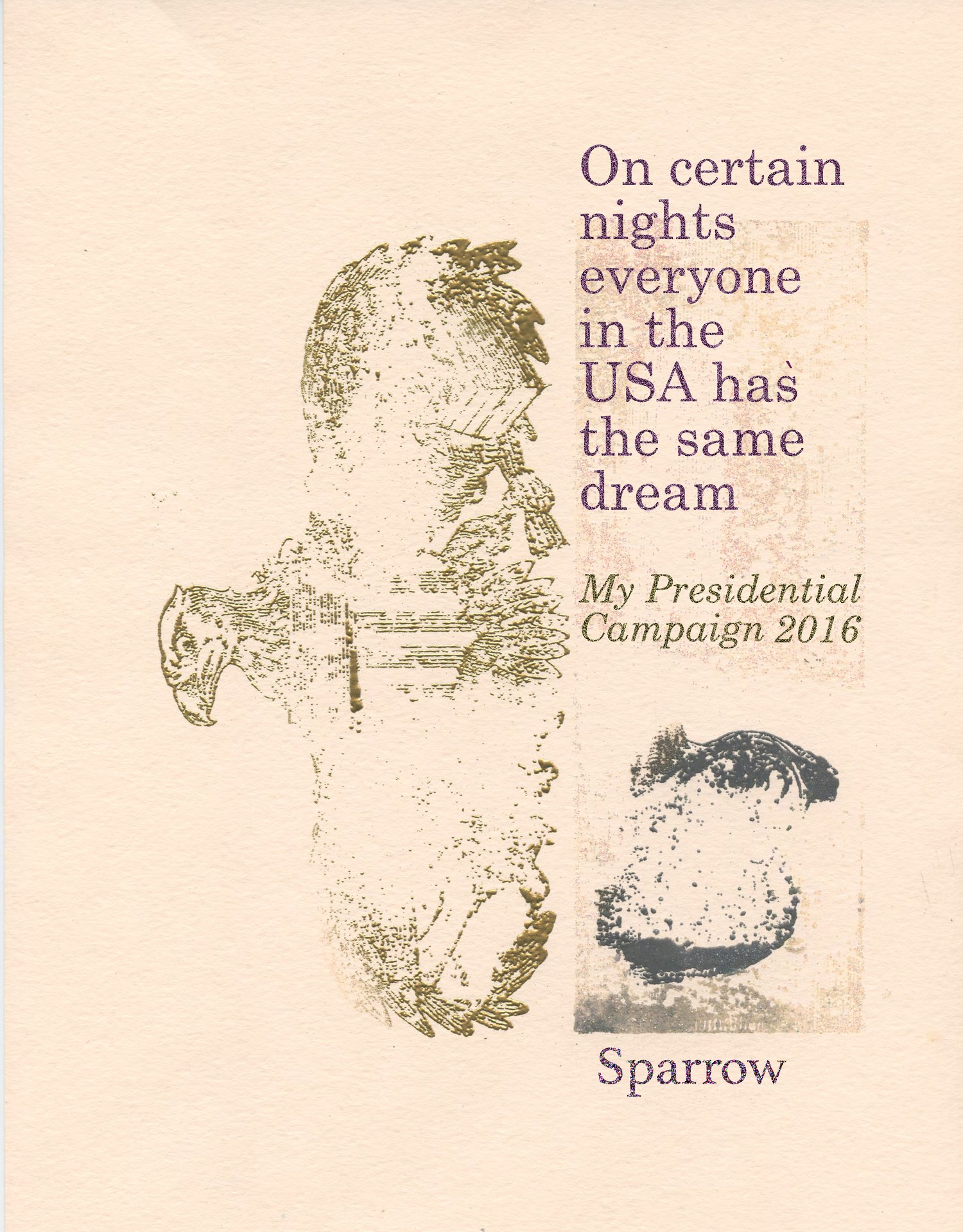 In this journal spanning the US presidential primaries and election of 2016, Sparrow recorded his seventh campaign for the highest office in the land. In his words, though, he didn't run so much as walk backwards toward the presidency. If he did run, it was more in the sense that one runs to the store. And he begged the American people not to vote for him. Obviously, Sparrow lost the election but the politics, poetics, spiritualities, campaign promises, and other musings in these entries reveal a platform not merely for an unlikely candidate but for an examination of our nation's bruised, contradictory, occasionally misplaced soul.